at first, i wanted to title this post to be “the part, where Ikea goes to Rapla, reads a book on a train and visits hairdresser”. but, giraffes don’t like long titles very much. although they have long necks.. hehe. so this time i will keep it short and just post some photos, because i have to go watch animal planet right now.. c u l8r! 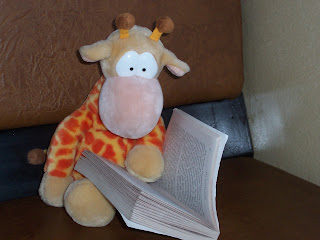 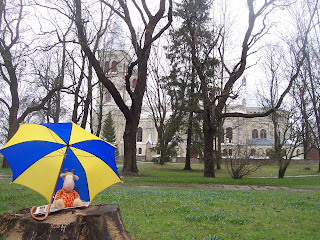 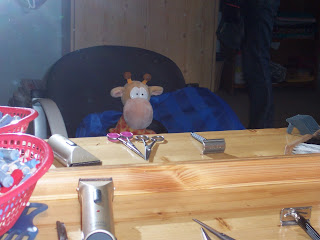 so, like i said i decided to get hooked up with this traveling-thing. first off, i went to see my friend in Tartu. i have never been to tartu before. as a matter of fact, i even didn’t know i have a friend in tartu, but apparently i do. that’s the way things are sometimes, u know. so, i took a train to tartu: 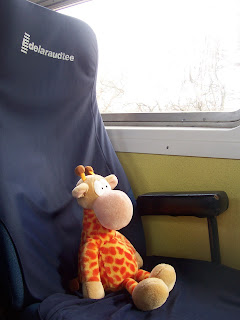 i like trains. also, train station is near where i live! so, i woke up in the morning, and there i was in the train :() but u know, i fell asleep pretty much when i got on the train hehe. but i had this dream where i was riding a roller coaster and then suddenly the roller coaster stopped and a man came on board to check if i have a ticket! so i woke up and it was not a dream in fact there was a man asking for ticket from people. guess what, i didn’t have to pay! Ikeas can ride for free u know (:
so after all this dream and the ticket-man and telling all this story had happened i actually arrived in tartu: 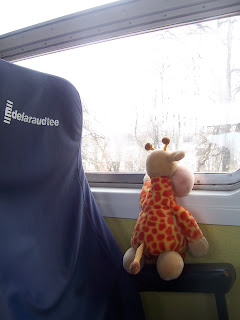 so, first off i went to get some fotografs. i like to say fotografs, because there is more ffs in fotografs than in photographs. ffs are much more Fun. it would be so boring if you had to say giraphph or phun. not so phantastic at all! so here i am at the fountain: 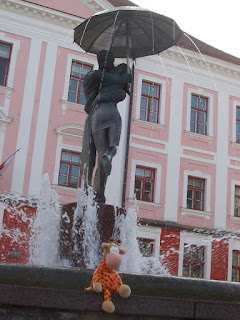 and then i went to chat with Vilde and Wilde. guess what – they are made out of bronze! 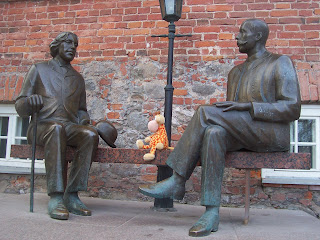 and then i went to see my friend Muzzy: 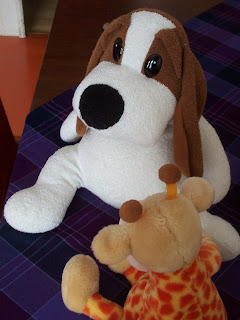 in fact, here’s me and Muzzy talking about food. for some reason, Muzzy doesn’t like leaves. i like leaves a lot. most of all, i like acacia leaves. u know, Muzzy has never had acacia leaves! that’s a pity.

Well then. I have now decided to learn traveling. and then i travel and then i post some photographs on my blog, okay? for example i might travel somewhere and then i will write about it in this blog, so that i can remember later. giraffes don’t have a great memory u know. especially after i have been to many places, i will probably forget some places.. or, maybe i confuse them.. giraffes like to confuse things with other things as well. for example one day i confused our neighbor’s cat :D