Hello there, it’s me Ikea! You must have been thinking that i have gone back to Jonköping? Hehe, not really :) Like, for example, couple of days ago, i went xdreaming. As it appears, it is a lot of fun, even for a giraffe, like me. So, here is what happened: 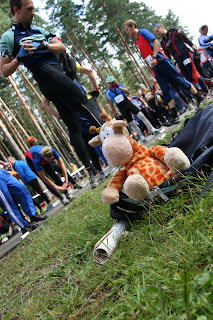 so here i am, waiting for the start. Unfortunately no other giraffes participating today! I think they were afraid because of their long necks might get stuck to a tree when canoeing.. 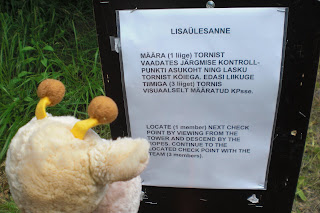 anyway, there a lot of things to do in this competition. for example, here it’s me at a big tower, which is long like a giraff’s neck – see yourself: 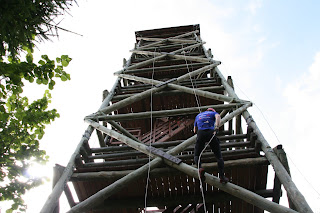 so, here i had to go up and then climb down like this guy with this funny hat like this: 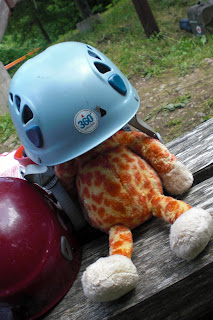 I don’t know any other giraffe wearing hats like this when they climb. Or any other animal that i know! Even my friend Muzzy doesn’t wear it, even though he could. From time to time at least, for example when he goes shopping (: 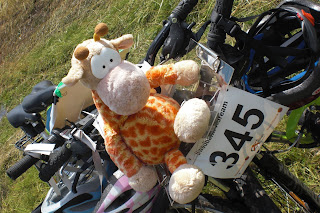 So here it’s me on a mountainbike. Not too many fotografs from me on a bike, because it is very hard to take fotografs at the same time when biking. so, that’s the only one, really. 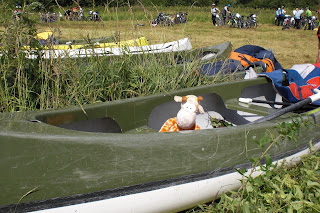 Next after mountainbiking it’s canoeing. I like canoeing a lot. This is what many giraffes do in Africa when they have free time – they go canoeing. Of course the rivers are much longer, but this is also quite fun because of the trees on the river. you know, i have never tried this canoe-limbo before. it is quite hard, when you have such a long neck, as we, giraffes do. but it is great fun. So, anyway, here i am, looking for shortest way to the river. 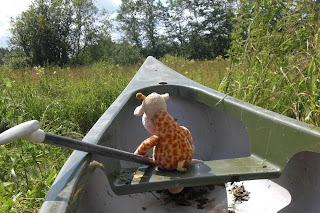 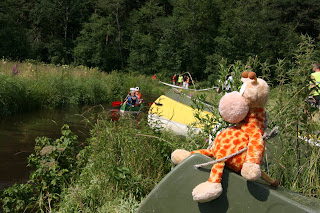 Also, i wanted to get away quickly because i saw these Vahuri Inglid coming (on the background). Luckily they had to stop and i was ready to go.
So funny that i have also a friend called Angel. He is an ice-bear. He doesn’t look much like these angels at all.. 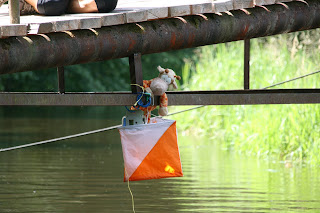 Here i am marking a point on the canoeing trip. jei! 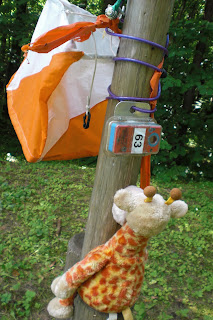 .. and here after canoeing on a hiking trail.. 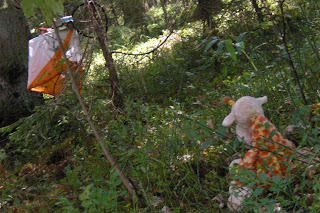 .. and here i will soon catch this one. It was easy for me to notice these markers in the woods, because they are orange, like me :) Orange is my favorite colour. 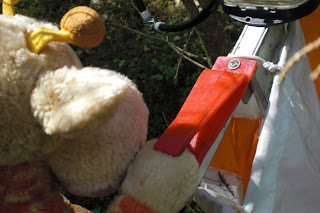 Somehow i got stuck here.. 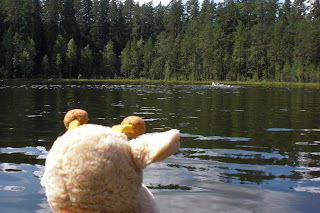 Another thing what to do in this competition is swimming. I don’t like swimming very much, i have to say for some reason. but anyway, i will because i want to catch these people there at the buoy, so one-two-free.. here i go! 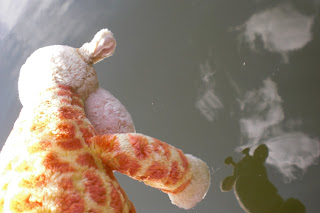 Right before finish, there was also this funny game of crocket. I have never played this crocket before. It is a little hard for me because normally you have a long stick for these wooden balls. since i only have short legs, i had to use my nose instead and it took some time to get it right! 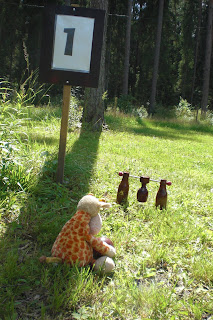 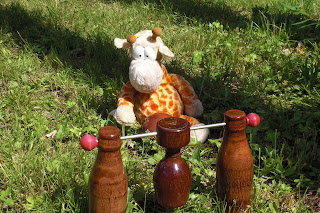 So, after many hours of fun, it was finish! I don’t have any good pictures of finish, because batteries run out. but anyway, i will post a picture of me eating blueberry. because it was so long day, after a while i got a little hungry. so it was good that there were so many blueberries. they don’t taste quite as well as acacia leaves, but they are all right. 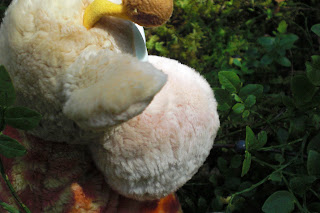